Here is a typical day of very active letterboxing, looking for three boxes in close proximity. I found two; one appeared to be missing. In other words, enjoy the hike and the location; it’s not just about finding boxes.

2006 update: All three of these boxes are probably missing now. Their clues are no longer online.

I think I found the right location. It certainly matched the description. However, three of us searched high & low and didn’t find the letterbox.The hike in to the location is what made me pause and realize that letterboxing isn’t a timed race, and finding the hidden letterbox is just a small part of why this is such fun. So, although I was disappointed that we didn’t find the box, the hike was worthwhile.

Letterboxing is sort of like a scavenger hunt, except that it’s not timed and the prize is the satisfaction of knowing that you found the hidden treasure.

In a nutshell: Using clues (usually found online), you’ll search for a letterbox in an interesting location such as a public park. The letterbox is usually a plastic container such as a Rubbermaid or Tupperware sandwich box.

Inside the letterbox, you’ll find a rubber stamp–sometimes a handcarved stamp–that you’ll use to stamp in your personal journal. It’s proof that you found it.

You’ll also stamp your personal rubber stamp (purchased or handmade) in the letterbox logbook, to show that you’ve been there.

Then, you’ll hide the letterbox where you found it, for the next visitor to find.

This is a rapidly-growing worldwide sport/hobby, that started in the U.K.

If you’d like to use your own handmade rubber stamp (almost no artistic skills required), see Carve Your Own Letterboxing Stamps.

Who goes letterboxing? See this page for photos and descriptions of a May 2002 letterbox gathering.

I began planting letterboxes early in 2002.  The following are my letterboxes.

One at Odiorne Nature Center.  (Details are at Letterboxing.Org.  I’ll post them here, later.)

For the GPS version of this hobby/sport, check Geocaching, geocaching.com.

Letterboxing gatherings are great events.  Friends and strangers – letterboxers at all levels of experience – meet at a location with letterboxes.

Any of the following activities (and more!) can be part of a letterboxing gathering:

Here are some resources for more information: 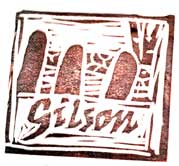 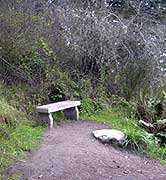 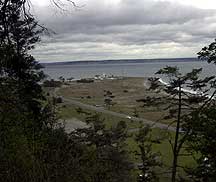 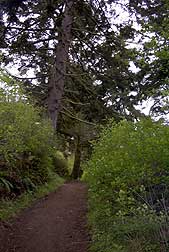 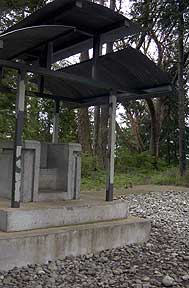 Letterboxing is a fabulous sport, and a worthwhile activity for families, Scouting groups, and homeschoolers, too.

If you’d like to know more about letterboxing, be sure to read my other letterboxing webpages, including easy tips for carving your own rubber stamps.

About my first Salem, MA letterbox

I planted this letterbox in 2002, at a beautiful park in Salem, near my home. In 2005, one person advised me that this box is missing; a later hiker said that she found it.

Since then, several people have said that the stamp is gone, and — after move than seven years — it probably is.

STATUS: THIS STAMP HAS BEEN REPORTED MISSING

Because the park is in Salem, site of the famous “witch trials,” my stamp commemorated Briget Bishop, a victim of that hysteria.

These were the clues:

Terrain: Mostly flat & paved, with one brief incline.
Clues: Very easy.
Notes: Watch for poison ivy and, atop the hill, there are some steep drops around the sides if a toddler or pet isn’t watchful.

Clues: Go to Forest River Park in Salem, Massachusetts. Hike back towards the public swimming pool. Climb the last hill on your right, before you reach the fence around the swimming pool.

Atop the hill, find the tree that survives although most of the interior of its trunk was burned out. Lean against the trunk, facing North. Take about eight (8) paces NW to a very slightly raised grassy mound.

When you’re standing on top that mound with your back to the burned-out tree and you’re amid several very young trees, look down to your left. Under a piece of wood, you’ll find your treasure.

Please be discreet, and be sure to replace the wood so the box is slightly obscured.

Remember that this was an easy box to find. If you don’t find it, it’s probably gone.

This is a fairly obvious letterbox in a very popular public setting. The illustration on the handcarved stamp didn’t turn out as I’d hoped. If this box has vanished, it won’t break my heart. It was just an excuse to visit a beautiful park and plant a letterbox.

This park has many features for children, two small beaches, swimming pools, and several spectacular views. Plan a picnic, but no charcoal fires and no alcohol are allowed at in the park. Pets allowed, on leash. The Salem 1630 Pioneer Village adjoins this park

The lines should transfer well to the rubber.

The image should appear nice and dark, showing where to cut and where to avoid.

Either way, the next step is easy. Cut away everything you don’t want to grab ink. It doesn’t have to be a deep cut, just enough so it doesn’t come in contact with the rubber stamp pad when you’re printing.

What’s key is not to undercut the image. That is, the part that contacts the stamp pad should be well-supported on each side. I like the illustration–and instructions–at Der Mad Stamper’s website.

(Another handy reason to have acetone nearby. It’ll separate your fingers, but alas it doesn’t fully remove the glue.)

I applied the glue with a sewing needle, which did not stick to the rubber… but then the needle was glued to my desk when I put it down for minute.

If you use Super Glue, you’ll need to sand the glue off the stamp before using it. The glue resists ink. Sanding can be done with sandpaper, of course, but an emery board or file works fine too.

When you think you’ve cut the stamp pretty well, use a very light color of stamp pad to test the image. That way, if you need to cut more, you can still see your original lines.

Remember to cut less than you think you need. And also, it’s supposed to look hand-cut, so leave bits of rubber lines here & there for that “artsy” look.

When the stamp is done, you can use it as it is, or you can glue it to a piece of wood (for a handle).

The Shakespeare stamp–of my all-time idol–was my first attempt at carving a rubber stamp. I still use it, years later.

I carved the Aisling stamp (also shown below) specifically for letterboxing; that was the third stamp I carved. The second one was regrettable and is sitting in landfill somewhere.

my first carved stamp
(the bard, of course)