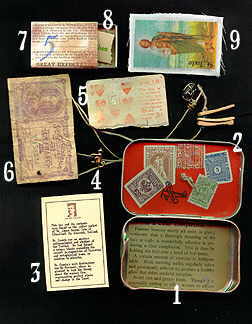 You can make your own family history shrine or display using this free 14 page PDF.

You have my permission to make additional copies for other people.

The only conditions are:

You can also freely teach this as a workshop using this PDF as a handout. Just make it clear that I’m the one who designed the project.