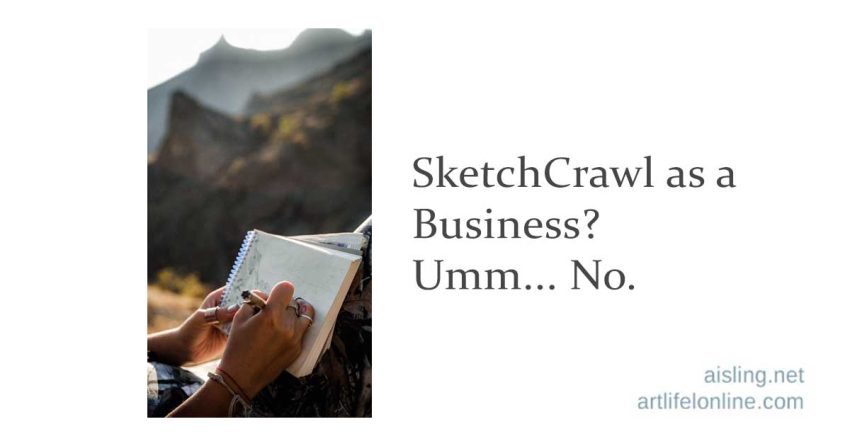 The good news is, the next announced sketchcrawl is October 16th.  (See my notes from my July 2009 sketchcrawl.) 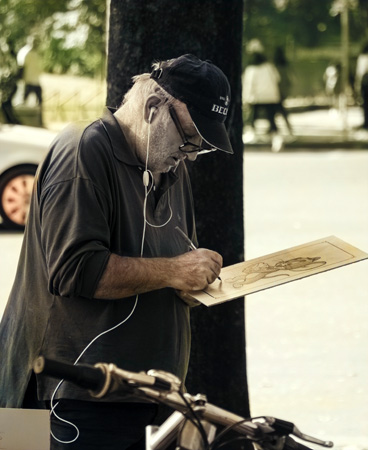 First, there was this message from that site:

– A key thing, help us spread the word!

If you are reading this, we are sure you have a number of friends that might be interested in this as much as you are. Tell them about SketchCrawl! Let’s share this idea with the rest of the globe. No borders.

Those sound reasonable enough, individually, but — in combination — they seem like corporate rules. That seems a little hinky. (Hinky = strange or suspicious.)

I did a quick check.

So far in 2010, the U.S. Trademark Database doesn’t show anything when I search for “sketchcrawl. So, as of 2010, the term “sketchcrawl” is still free to use without trademark-related restrictions.

SketchCrawl trademarked now? Not per the U.S. government.

2023 UPDATE: As of January 2023, at the Sketchcrawl (dot com) site, the “TM” with the name suggests they did trademark it. (Adding a copyright symbol next to that? That’s odd, since the term has been in use for a very long time. He can copyright the site but not the word “sketchcrawl.”)

On one hand, I understand the importance of claiming a word or phrase that’s unique to your business. I’ve failed to do that (repeatedly) with my own projects. That’s been an expensive and disappointing series of blunders.

However, when I did a quick search to see if the Sketchcrawl (dot com) claim was legitimate, the results were interesting. 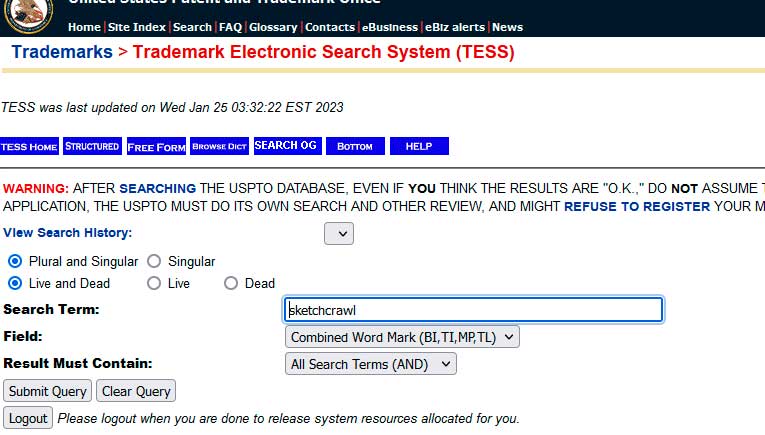 And here are the results of that search:

So, that suggests the “TM” indication is in error on the Sketchcrawl (dot com) site.

I’m relieved and a bit baffled.

On one hand, I never want a popular word trademarked. That goes double for a word already in popular use in the arts community.

I don’t like seeing people staking claims, trying to make money off things that were initially created to be free, fun and cool.

But why would someone suggest that they’ve trademarked a term when they haven’t? That’s very weird.

Maybe he doesn’t understand how copyright and trademarks work?

I’d like some clarification. After all, for at least a dozen years, this has been a concern for some of us.

For now, I may organize my own sketchcrawls, as I did in the past. However, I’m uneasy posting them on the Sketchcrawl site.

3 thoughts on “SketchCrawl as a Business?”