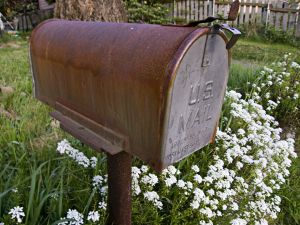 Some swaps say, “Documentation will be provided,” or something like that.

Here’s what that means:  The person organizing the swap will provide a list of everyone who participated in the swap, mailart call, or whatever.

In some cases, that list may be just people’s names.  In others, it’s each person’s name and address.  (If you don’t want your address in the documentation, tell the swap/call organizer.)

Sometimes, the list will be included in whatever you’re receiving by return mail.  More often, the list will appear online for everyone to see. (Again, if this is a privacy issue, let the host or organizer know.)

Some swaps may not include a list of participants.  (Mailart calls usually do.)

However, here’s another tip: If you’re in a swap that’s 5-for-5 or something like that, the list of participants is not a list of whose art should be in the envelope you receive.

Unless the participant list is established before the swap – and that’s rare, although some hosts (like Red Dog Scott) may do this – you will never receive one item from every swap participant.

What you’ll receive is the number of items specified when the swap was announced.

And, you may receive a list of who else participated in the swap.